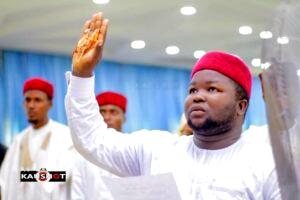 The Borno State chapter of the National Youth Council of Nigeria (NYCN) has solicited for the setup of a Commission to address restiveness and unemployment among youths.
According to the Council, the youths are both perpetrators and victims of insecurity in the country, despite their involvements in peace-building processes in communities.

“We’re at a legislative state to take ownership of the commission’s proposals,” he said, stating that; there is a sustainable institutionalized mechanisms that can address restiveness and unemployment among the youths.

He noted that there is no clear-cut policy that empowers the youths in Borno state, unlike in Lagos and two other states in the country.

He said the demands of youths in the state, is for a Youths Development…