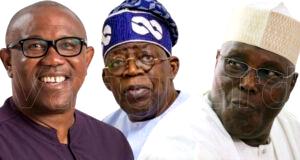 The declaration of Kenyan Deputy President William Ruto as winner of the presidential election has not only caused controversies in the East African country, but also in Nigeria, the most populous black nation.

Ruto, who won by 50.49% (7,176,141 votes) was declared the President-elect by the electoral agency, Independent Electoral and Boundaries Commission (IEBC), Wafuka Chebukati on Monday.

It has been a different narrative in Nigeria, the country that has arguably blazed the trail in politics and diplomatic relations in the African continent, as its people trade words ahead of the 2023 general elections using presidential…