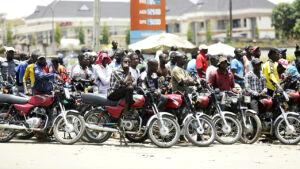 Governor Bello Mattawale of Zamfara State has banned motorcycles’ movement from 8p.m. to 6a.m. in Gusau town. Matawalle gave the directive during a broadcast in the early hours of yesterday in Gusau.

He directed the security personnel to shoot on sight anyone found violating the new order.

The measure, according to the governor, was taken by the security council following reports on the use of motorcycles by bandits and other criminals to perpetrate their criminal activities within the state capital and its outskirts.

He said: “Considering the recent invasion of bandits in some areas on the outskirts of Gusau, the state capital, riding of motorcycles is hereby banned from 8 pm to 6 am in all areas and outskirts of Gusau town.