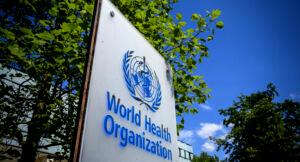 The World Health Organisation (WHO) says monkeypox infections continue to rise globally, with more than 35,000 cases across 92 countries and territories, and 12 deaths.

WHO Director General, Dr Adhanom Ghebreyesus, disclosed this while speaking at a news conference from WHO headquarters in Geneva on Wednesday.

“Almost 7,500 cases were reported last week, a 20 per cent increase over the previous week, which was also 20 per cent more than the week before,” he said.

According to him, the majority of cases are being reported from Europe and the Americas, and mostly among men who have sex with men.

Ghebreyesus said that the primary focus for all countries must be to ensure they are ready for monkeypox, and to stop transmission.