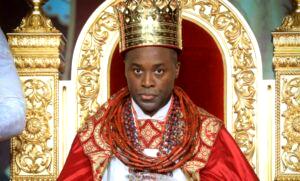 The road to the ascension of the throne of his forefathers was a prickly one for the Olu of Warri, Ogiame Atuwatse III.

This, probably, explains why he sang so much praises to God Almighty minutes after he was crowned at the ancestral home of Warri Kingdom, Ode-Itsekiri, Warri South Local Government Area, Delta State, August 21, last year.

The people sang along with him that day after the Uwangwe of Warri Kingdom, Chief Gabriel Awala, placed the crown on his head on the coronation day, thus performing the historic ceremony. It was all joy.

The monarch in what has become a celebrated address across the globe, reflected strongly on the barbed route to the crown.

He singled out some of his chiefs for their commendable roles while the struggle lasted. “We must express our profound gratitude to the proud Itsekiri sons and daughters who stood up to be counted when it appeared that the foundation of our…