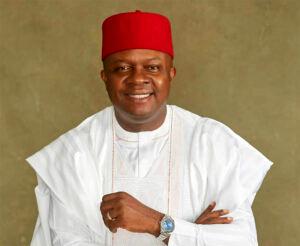 Says, ‘Peter Obi will be the best president Nigeria has ever had’

Sending shockwaves through the main opposition party in Nigeria, Valentine Ozigbo, the candidate of Peoples Democratic Party (PDP) in the 2021 Anambra governorship election, has announced his decision to dump the party and throw his weight behind Peter Obi, the presidential candidate of the Labour Party.

In an appearance on the evening programme ‘The Arise Interview’ programme anchored by Charles Aniagolu on Thursday, August 18, 2022, Mr Ozigbo revealed that his decision to resign from the PDP was based on the need to ensure that at this precarious time in Nigeria’s history a competent and visionary leader was elected to lead Nigeria into the future.