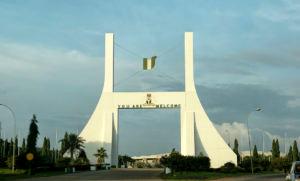 ABUJA—ENVIRONMENTAL workers in the Federal Capital Territory, FCT, yesterday, threatened to shut down all public cemeteries in Abuja.

This came after the Gudu cemetery was locked up on Wednesday, but the workers reopened it after pressure from the Federal Capital Territory Administration, FCTA and the presidency.

The striking workers had two days ago demonstrated and subsequently embarked on an indefinite strike over the failure of the FCT Administration to implement a new salary structure for them.

The Chairman of the Amalgamated Union of Public Corporation, Civil Service Technical and Recreational Services Employees, AUPCTRE in AEPB, Muktar Bala said the unions agreed to reopen the cemeteries but will shut it down again, including all other operational systems of the board.

Bala said: “As the chairman of one of the unions in AEPB, I can assure you that it is a collective decision by the whole Union, with backings from the National Union. People think it is…