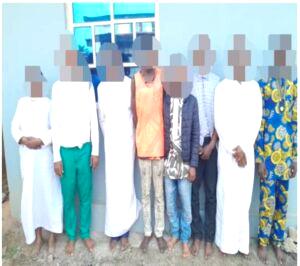 An Oro traditional worshipper has been allegedly stoned to death during a clash with members of Truth and the Spirit Prophetic Church, Agege, Lagos state on Tuesday morning.

The church worshippers protested the invasion of their church which led to an argument, eventually, a fight broke out and Akeem was stoned to death in the process.

The leader of the church, a 50-year-old Mercy Okocha and other nine members have been arrested as suspects.

A police source who confirmed this to Vanguard on the condition of anonymity said the aforementioned church is located at 2, Taiwo Lawal Street in Oko Oba, Agege, Lagos state.