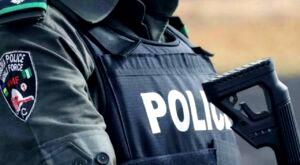 BENIN CITY—The Edo Police Command has announced the killing of a suspected kidnapper at Izuala forest in the Ovia North East Local Government Area of the state.

The state Command’s Deputy Public Relations Officer, ASP Jennifer Iwegbu, explained that the exploit of the command in killing the suspect followed a complaint by one Mr Moses Aisosa of Eyaen community.

According to her, Aisosa had complained to the command that two hoodlums suspected to be kidnappers ambushed him, his wife and his daughter at the entrance of their house and whisked away his wife.

She said: “Following this complaint, the operatives of the command immediately mobilised and embarked on intensive bush combing for possible arrest of the kidnappers and rescue operation.

“The operatives trailed the kidnappers to their hide-out at Izuala forest, suspects on sighting the team of operatives attempted to escape through the bushes.

“But the battle-ready and vigilant operatives…