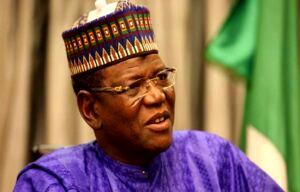 A socio-political group, the One Nigeria Movement (ONM) has said that the display of arrogance by former Governor of Jigawa State, Alhaji Sule Lamido and others around the PDP presidential candidate, Alhaji Atiku Abubakar, will cost him the 2023 election.

The group said utterances of Lamido in recent times are not only inimical to the unity of Nigeria, but a sign that the PDP presidential candidate was already being caged by a group who appeared to see others as nobody.

According to a statement on Wednesday, by its Convener General, Ahmed Sodiq-Mugoro and Secretary, Babatunde Aliyu, ONM, said, listening to a over 70 years Sule Lamido talk the way he did on Channels Television yesterday, it was clear that Atiku and those around him do not want to win any election.

The group also said calling Governor Nyesom Wike of Rivers State emperor by someone like Lamido who after being governor of Jigawa State for eight years, have imposed his own son as PDP governorship…