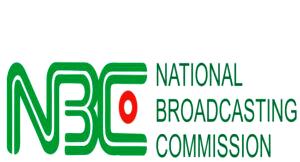 In this report, Ise-Oluwa Ige interrogates the provisions of Section 39 (1) (2) of the 1999 Constitution as they affect ownership of broadcast media in Nigeria; examines the facts that premised the decision by the National Broadcasting Commission, NBC to threaten a mass revocation of operating licences of 53 broadcast stations; harvests views of stakeholders on the issue and argues that the NBC cannot hide under the constitutional provision of enforcing mandatory renewal of presidential permit to rob Nigerians of their fundamental rights to freedom of expression and the press.

On August 19, 2022, the National Broadcasting Commission, NBC, revoked the operating licences of 53 broadcast stations in the country.

The Director-General of the Commission, Malam Balarabe Ilelah, who made the announcement at a press conference in Abuja, explained that all the 53 affected stations had been owing since 2015.

He said the stations were owing about N2.6 billion…

PVCs: Obi insists over 3 million Nigerian students must be allowed to vote