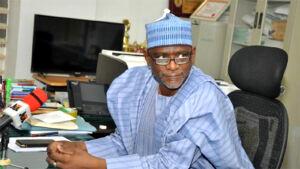 The Minister of Education, Malam Adamu Adamu, Tuesday, disclosed that President Muhammadu Buhari warned the government team involved in the negotiation with the Academic Staff Union of Universities, ASUU, against signing an agreement that government would be unable to implement.

The minister, in his speech at the ongoing meeting of Pro-Chancellors and Vice-Chancellors of Federal Universities, at the National Universities Commission, said the meeting convened at the instance of NUC, became  “necessary and urgent due to certain misconceptions and misinformation in the public domain, regarding the ongoing strike action by the Academic Staff Union of Universities, ASUU.”

“Not only is our interaction today necessary, it is also urgent to clarify the misrepresentations and draw your attention to the facts which you, as Managers of our Universities, ought to know by virtue of your assigned duties. It is indeed one of your statutory duties to…