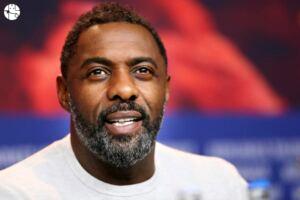 The actor’s birthday was made known through social media platforms as congratulatory messages pour in.

Idris who is always known to make a dramatic entrance in his movies got his career breakthrough on the HBO crime drama “The Wire.”

For three seasons that lasted from 2002 to 2004, he played the role of a financially savvy drug kingpin Russell “Stringer” Bell.

He has appeared in more than 50 movies and was nominated for many awards.

He was nominated for Golden Globe Award for Best Actor and Television Film four times which led to him winning one and has also been nominated five times for a Primetime Emmy Award.

Idris is married to Sabrina Dhowre Elba and he is blessed with two children from his previous relationships.