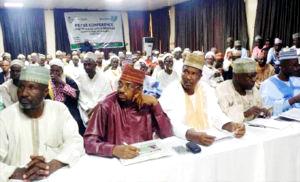 AKURE-THE Coalition of Southern and Middle Belt Youth Leaders, COSMBYLA, yesterday, faulted the plot by the Miyetti Allah cattle breeders to establish vigilante security in all the states in the country.

The umbrella body of all the youth groups in the South-East, South-South, South-West and Middle-Belt regions said that the move “confirms a plot to Fulanize the country under the pretence of floating a security outfit in a land that does not belong to them.”

Its President General, Mr Goodluck Ibem, in a statement, said: “This so-called Vigilante Security which they claim they want to float is not security outfit but Fulani Jihadists and terrorists which they want to use to overrun the country in order to Fulanise and Islamize the nation. But their evil plan is dead on arrival.

“What interest does Miyetti Allah have to establish a Vigilante group in Benue, Ondo, Anambra and other states?

“Are these states their ancestral homes? What is their…