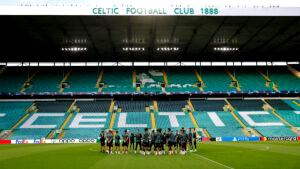 Celtic just like Madrid are coming into the fixture with a green form having won seven of their matches in the new season of the Scottish premiership, and Real currently sitting atop of the La Liga standings with five wins out of five games played.

Ange Postecoglou’s side, however, know that it will be a separate kettle of fish on Tuesday night facing an imperious Real Madrid side who are keen on making it a 15th UCL title and would want to begin that quest on a winning note.

Although both sides have met in the past with a win each and five goals scored between them, the two teams have changed significantly from the sides that met in 1979/80.

Celtic last played in the UEFA Champions League in in…