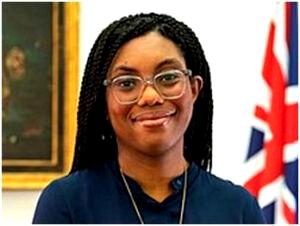 The United Kingdom’s Prime Minister, Liz Truss, has appointed British-Nigerian Member of Parliament, Kemi Badenoch as a member of her cabinet on Tuesday.

Recall that Badenoch vied to be British PM as a member of the Conservative Party and made it to the top five in July.

However, in a post on the verified Twitter page of the UK Prime Minister, @10DowningStreet, Badenoch was appointed as the Secretary of State for International Trade and President of the Board of Trade.

The post read, “Kemi Badenoch MP @KemiBadenoch has been appointed Secretary of State for International Trade and President of the Board of Trade @TradeGovUK #reshuffle”

Other cabinet members to work with Truss as approved by Queen Elizabeth II, contained in a press release by 10…