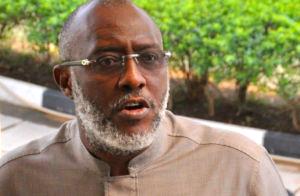 Atiku Abubakar, the Peoples Democratic Party, PDP presidential candidate is under pressure from some supporters to pull the rug out from under the feet of allies of loyalists of Nyesom Wike running election but is strongly resisting the move.

Former party spokesman, Chief Olisa Metuh in a media chat with reporters said some associates of Atiku were piling pressure on him to pull support from candidates aligned to Wike and his loyalists who on Wednesday pulled out from his Presidential Campaign Council.

Sources say that Seyi Makinde, the governor of Oyo State is particularly at risk of such a threat. Governors Okeize Ikpeazu of Abia State and Ifeanyi Ugwuanyi of Enugu State who had been alligned to the Wike tendency, it was gathered, may have pulled back on account of strong pressures they are having from the Peter Obi phenomenon sweeping through the Southeast.