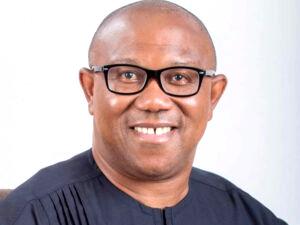 Some youths in llorin on Saturday embarked on a rally supporting the Peter Obi/Ahmed Datti presidential ambition, after an initial hiccup with security operatives.

Recall that the group, made up mainly of youths, trooped out enmass wuth branded T-shirts and posters of the Presidential Candidate of the Labour Party (LP), Peter Obi, gathered at the Stella Obasanjo Hall, along Ajase-Ipo road in Ilorin.Some security agents, including officers of the Police, were also noticed in the area in large number engaging the organisers of the rally and some participants.After a long discussion, the youths were later allowed to march towards Offa-Garage roundabout area.

Speaking with newsmen, Mr Aloysius Nwora, the Kwara Coordinator of the Coalition of Obi Support Groups, said the rally was in solidarity with the political aspiration of Peter Obi, a former governor of Anambra.“We are having a health walk in solidarity for our principals, Peter Obi and Ahmed Datti.