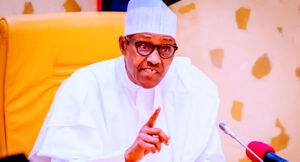 President Muhammadu Buhari in the course of the week reassured Nigerians that with the renewed efforts of the Nigerian military, insecurity in the country would soon be a thing of the past.

The Nigerian leader, currently engaged with official activities at the ongoing 77th Session of the UN General Assembly (UNGA77) in New York, United States, gave the assurance at bilateral talks with Prime Minister of Ireland, Micheal Martin, on Saturday.

Buhari had earlier addressed the UN General Assembly on Wednesday for the last time as Nigeria’s leader.

In the farewell speech, he told the global body that his administration was determined to entrench a process of free, fair, transparent and credible elections through which Nigerians would elect their leaders.

He also alerted the world leaders on the danger of escalation of the war in Ukraine, saying the conflict further justifies Nigeria’s resolute calls for a nuclear-free world and a universal Arms Trade…