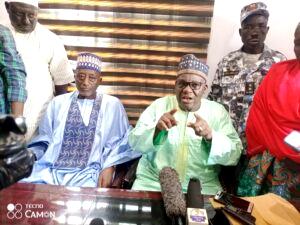 …Urges citizens to come out & vote

A Kaduna based political activist and public analyst, Dr. Kailani Muhammad, has said that Nigerians should consider returning the ruling All Progressives Congress (APC) following its remarkable achievenments in the last seven years.

He said that prior to Buhari’s administration, the citizens had experienced many challenges ranging from Boko-Haram, corruption and maladministration.

Kailani who is also the National Chairman of Network for Election Education, Sensitization and Awareness , spoke a press conference in Kaduna.

While applauding Buhari’s administration, the political activist explained that the present administrion had successfully mitigated the challenges of Boko-Haram, while also aggresively tackling banditry and kidnapping, particularly in the north western states.

” There is no doubt, the country had its rough times and challenges, but yet, significant successes have been recorded in the areas…