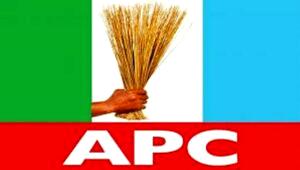 The All Progressives Congress (APC) has cautioned Nigerians against divisive and diversionary antics inhibiting the healthy growth of the country.

The Chairman, Plateau Chapter, Chief Rufus Bature, gave the word of caution in his independence anniversary message signed by Mr Sylvanus Namang, the APC State Publicity Secretary, and made available to the News Agency of Nigeria (NAN) on Saturday in Jos.

Bature said that the 62nd anniversary of Nigeria’s independence is a period for sober reflection on the country’s journey to nationhood.

The chairman stated that the Nigerian project is  work in progress which all have a role to play in order to take the  the nation to its  desired destiny.

“No doubt, as is the case with all emerging democracies, there are bound to be  challenges just we are presently facing.

“Nigerians must remain strong, resolute and hopeful instead of allowing  the situation to overwhelm us.

“As the electioneering campaigns for the 2023…