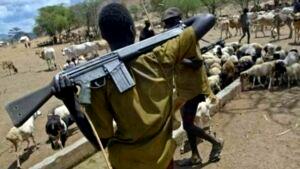 It also described the statement credited to the Federal Government through a Federal Commissioner at the National Commission for Refugees Migrants and Internally Displaced Persons, Ms. Imaan Suleiman-Ibrahim, that 500,000 Nigerians are awaiting repatriation into Nigeria from Niger, Chad and Cameroon as a grand plot to flood the entire south and middle belt of the country with Fulani Terrorists from neighboring countries with sole agenda of hijacking the land and assets of the indigenous people.