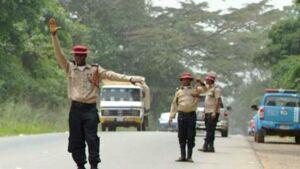 Motorists plying the Bida-Minna Highway in Niger are advised to exercise restraint at Sabon-Gida in Gbako Local Government Area as a bridge in Gbako has collapsed.

Mr Habibu Egigogo, spokesman of the Federal Road Safety Corps (FRSC) in Niger, gave the warning on Monday in Minna when he spoke with the News Agency of Nigeria (NAN).

“There is a collapsed bridge at Sabon-Gida on the Bida-Minna Road; motorists are advised to take caution when approaching.

“Alternative road has been created for small vehicles, while men of the FRSC Bida are at the scene controlling traffic,’’ he said.

Egigogo said the bridge collapsed on Sunday as a result of pressure on it by heavy duty trucks moving in large numbers.

“The government banned articulated vehicles from following the road, but at night they always find their way to the same road,’’ he said.

NAN reports that when the incident occurred on Sunday there was gridlock on the road, making motorists and travellers…