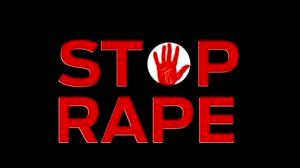 Many were shocked to the marrow as a 49-year-old man, Baba Idi allegedly raped his neighbour’s minor daughter, Khadija Adam to death in Kano State.

Father of the deceased, Adam Muhammad who confirmed the development to newsmen said the suspect threatened to kill the teenage girl if she dare tell anybody about the ungodly act.

He said his wife got wind of the whole scenario when she was to bathe their daughter and in the process noticed blood coming out from her private part.

“I was not at home, that fateful day, her mother when bathing her saw blood coming out from her body, when she asked her what happen to her, she mentioned our neighbour, Idi Known as Baba Idi. She pleaded with her mother not to tell anyone because the suspect threatened to kill her using Scissors if she tell anybody.

“This is an act of inhumanity for a neighbour to commit this act. All I need is justice,” Adam demanded.

He said the matter is before the police and…