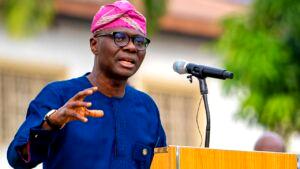 Governor Bababjide Sanwo-Olu of Lagos State has announced an upward review of salaries for the over 100,000 public workers in the state.

Governor Sanwo-Olu, who did not disclose the actual increment, said the increase will be above the Federal Government’s minimum wage standard, “as Lagos is a pacesetter and first in setting the standard.”

The governor also promised to pay all the outstanding backlog of pensions to workers by the end of October.

Sanwo-Olu disclosed these on Tuesday, while addressing a large crowd of workers who converged on the Head of Service, HOS’ office in Alausa, Ikeja, during his working visit.

On the salary review, the governor said: “We know there is inflation and high cost of living in the country, but we are determined to cushion the effects on our workers and residents.

“Last month (September), I instructed the…