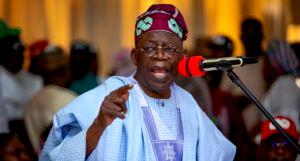 The First Republic was the republican government of Nigeria which spanned three years from 1963 to 1966 when the country had its first military coup.

Al-Makura, who was former governor of the state, said Tinubu belonged to the league of Nnamdi Azikiwe, Obafemi Awolowo, Ladoke Akintola, and Ahmadu Bello who played key roles in helping Nigeria secure its independence.

Speaking with the News Agency of Nigeria, NAN, yesterday, Al-Makura said none of the presidential candidates could match the competence and achievements of the APC standard bearer for the 2023 election.

He said the combination of Tinubu and Kashim Shettima, his running mate, would put the country on the path of progress and development.