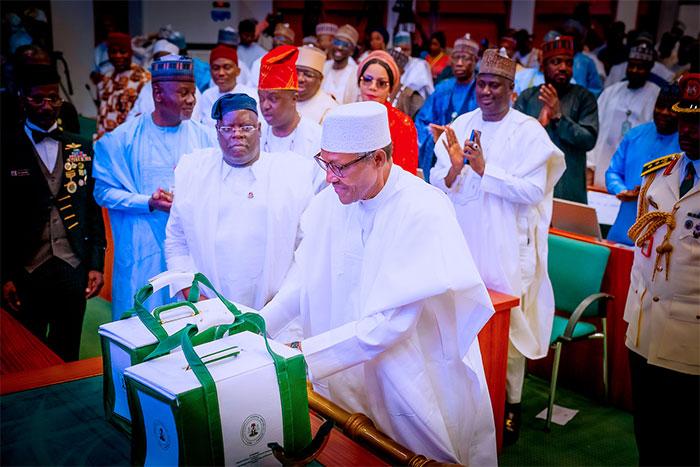 President Muhammadu Buhari has said that the 2023 budget deficit of N10.78 trillion would be funded by borrowing, sales of national assets and project-specific loans.

Buhari made the revelation, on Friday, while presenting the Appropriation Bill of N20.51 trillion for 2023 to the Senate and the House of Representatives at a joint session of the National Assembly.

The budget includes N2.42 trillion spending by government-owned enterprises. It is also about N3 trillion higher than the 2022 budget.

Meanwhile, if government will spend N6.31 trillion from the about N9 trillion left to service outstanding debts, it will leave N3 trillion that will be easily gulped by fuel subsidy.

However, President Buhari described the 2023 appropriation as a budget of “fiscal sustainability and transition”.

He told the joint assembly that the budget…