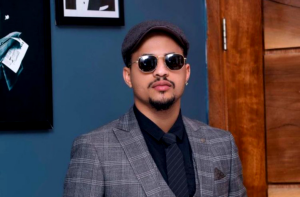 Asogwa made this known via her Twitter page, claiming the accident happened “hours ago” and Rico Swavey was still being revived when she left the hospital.

Additionally, Asogwa urged the public to remember Rico Swavey in their prayers because of his precarious situation.

She further said, she was keeping a positive attitude in spite of the unfortunate incident and uploaded a screenshot of the tweet on her Instagram story.

Alex did not, however, specify the location or specifics of the collision.