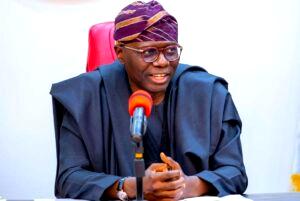 The Lagos State government on Tuesday officially received approval from the Federal Government for the construction of the Lekki International Airport at the Lekki-Epe axis of the state.

Recall that the Lagos State Government, last Friday, had earlier announced the construction of the airport will commence in 2023.

It said that the new airport would be constructed on 3,500 hectares of land in the Lekki-Epe area.

Speaking at the Lagos Economic Summit, Ehingbeti 2022 at the Eko Hotel and Suites, the Minister of Aviation, Senator Hadi Sirika noted that Muritala Mohammed Airport is congested, and that the creation of the new airport in Lekki is apt to the innovations in that part of Lagos.

Sirika said, “Of course, you will agree with me that the Muritala Mohammed is too congested and far away from the centre of action at the moment because it is a new Lagos. Because there is Eko Atlantic, the Lekki Bridge. Lagos needs this airport and we are more…