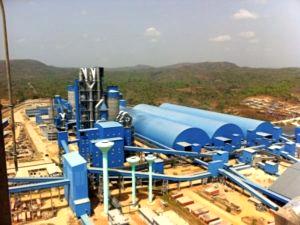 The Kogi Government says  the Dangote Group should not  vent  its frustration on the state government in the ongoing Obajana Cement ownership tussle..

The state government made this known in a statement signed by Mr Kingsley Fanwo, the state’s Commissioner for Information and Communications on Monday.

Fanwo advised the Dangote Group and its image makers to focus on “proving its ‘total ownership’ of Obajana Cement Company rather than chasing shadows”.

He stated that the group’s latest attempt to malign the state government in its statement titled:, “Dangote not involved in Kogi Assembly Fire Outbreak”, was a desperate one, insisting that the state had a “well defined channel of communication that is known to the public”.