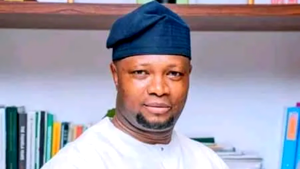 Peoples Democratic Party, PDP, Governorship Candidate in Lagos State, Dr. Olajide Adediran, popularly called Jandor has expressed confidence to take over the reins of power from the incumbent, Governor Babajide Sanwo-Olu in 2023, saying the present administration has failed to meet up with aspirations of the people of Lagos State.

He stressed that for things to really work in Lagos, there is the need to have a truly independent helmsman which he represents. Jandor, at a media briefing with newsmen on the official unveiling of his manifesto and campaign plans in Ikeja, at the weekend, with Olasunkanmi Akoni in attendance, speaks on the crisis rocking the national party of PDP, occasioned by Presidential Candidate, Abubakar Atiku and Governor Neysome Wike of Rivers State, and his alleged frosty relationship with the National leader of the party, Bode George, his plans to take over Lagos, among others. Excerpts:

Ans: We are kicking off…