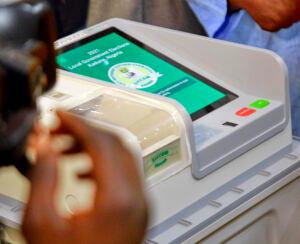 ALMOST back to back and in quick succession, the Coalition of United Political Parties, CUPP, has raised two strident alarms over the electoral process. It has clarionly alleged, and for the second time, plots to remove the Chairman of the Independent National Electoral Commission, INEC, Professor Mahmood Yakubu. It has also alleged that a rump of the governing All Progressives Congress, APC, is working assiduously to frustrate the deployment of the Bimodal Voter Accreditation System, BVAS, in the 2023 general elections.

Even though the CUPP has not adduced any evidence to support these lurid allegations, they are hair-raising and serious enough to concern stakeholders in the electoral process. First of all, the CUPP cannot be crying wolf where none exists. Second, Nigeria has an unpleasant pedigree in such matters. Desperate politicians tinkered grotesquely with the electoral process in 1993, bringing the country to the verge of abyss.