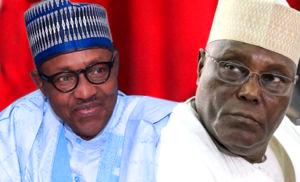 Following attacks on his supporters in Zamfara and Kaduna states, which led to the death of one, the candidate of the Peoples Democratic Party, PDP, Alhaji Atiku Abubakar, Monday appealed to President Muhammadu Buhari to call all political parties, to caution their supporters as 2023 campaigns intensify.

Disclosing this in a statement on his Twitter handle, Atiku condemned the attack noting that it was an attempt to scuttle the lawful right of Nigerians to assemble peacefully.

His words: “I have received reports of coordinated attacks on members of our great party, the PDP, by thugs in Zamfara State, which reportedly led to the death of one of our members. I condemn these attacks in entirety because it is an attempt to scuttle the lawful right of Nigerians to assemble peacefully and a direct attempt to suppress the legitimate campaigns of the PDP in the state.

“I reassure the Zamfara State PDP of my support, and most importantly, my heart goes…