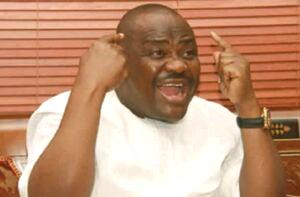 CANDIDATE of the Action Democratic Party, ADP, for the 2023 Rivers State governorship election, Victor Fingesi, has said he would never yield to Governor Nyesom Wike’s Executive Order 21 compelling political parties to pay N5 million for use of the state public schools and sundry spaces for campaign rallies.

Fingesi, yesterday, said that Executive Order 21 was draconian and a reminder of Decree 4 of a past military regime, saying ADP and other political parties including Civil Society Organisations, CSO, will challenge its legality.

He said: “We must ask questions why the subtle reintroduction of draconian Decree 4 of long forgotten military era, which gagged freedom of assemblies, associations and speech in whatever shades and forms, hiding under the guise of security breaches.

“The order aimed at restricting political parties activities, rallies and campaigns is a deliberate slap on democracy and the worst of distractions…