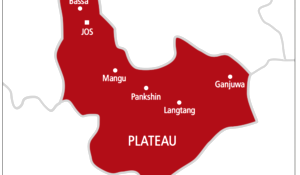 Jos—Armed men, weekend, kidnapped the District Head of Langai, Umar Zarme shortly after observing the evening prayers at a mosque in the area.

Langai is in the Pyem chiefdom of Mangu Local Government Area of Plateau State.

A resident said: “After the prayers, the gunman followed the District Head, as he got to a dark spot, the assailant shot in the air to alert his companion and scare people away. His accomplices rushed out of their hiding and abducted the District Head. We are yet to hear from them and we do not know where he was taken to.”

On the lynching incident, it was gathered that a suicide incident led to the arrest and subsequent lynching of the suspected thief.

Again, a resident of the Eto Baba community, who declined to be named, said, “There was a vulcanizer in the area whose…