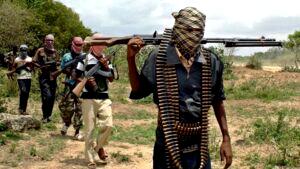 Residents of some states in the Northwest say governments’ approach of encouraging people to defend themselves in the fight against bandits, is yielding the desired result.

In their responses to a News Agency of Nigeria (NAN) survey, they said this bold approach, which entailed enormous sacrifice by residents, had forced bandits to soft-pedal in their nefarious activities.

According to them, the hoodlums have realised that the battle is no longer between security agents and bandits, but now involved the ‘people’ as active participants in the fight.

In Katsina, for instance, the State Government said several leaders of bandit groups had reached out to the authorities, seeking for peace.

The Special Adviser to Gov. Aminu Masari on Security Matters, Alhaji Ibrahim Ahmed, told NAN that most of the hoodlums had envisaged a bleak future and were willing to make amends.

According to him, the approach adopted by government targeted at ‘building the courage’…