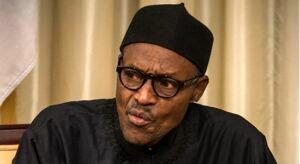 Warri: An appeal has gone to President Muhammadu Buhari not to wind up the Presidential Amnesty Programme , PAP, saying such move will bring more problem than gains to the country.

Arewa leader in the south, Alhaji Musa Saidu made the appeal, adding that the federal government should continue to sustain the gains brought by the amnesty programme.

He said though the programme would one day be scrapped but it was not ripe to do such this time, stressing that most of the challenges of under development in the Niger delta that gave rise to militancy had not been addressed.

Saidu who is Coordinator and Special Envoy, Ecology and Marine , Africa of the International rights Commission, IHRC and former aide to a foremost Niger Delta leader, late Chief Harold Dappa Biriye , recalled that he ( Saidu) was actively involved in campaign for the presidential amnesty programme to be given to repentant militants to calm nerves in the region and the formation of…