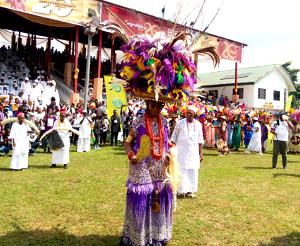 The Obi of Onitsha, Igwe Alfred Achebe, said that his ascension to the throne some 20 years ago was to fast-forward an ancient traditional society to the 21st century.

Achebe, who is the Chairman of Anambra Traditional Council, said this in his address at the 2022 Onitsha Ofala Festival at the Ime-Obi palace on Saturday.

The traditional ruler, who was crowned on May 14, 2002, also used the occasion to celebrate his 20th anniversary on the throne.

Achebe described his reign as a journey of leadership change, noting that every society should anticipate and be at pace with change or be overtaken by it.

He said upon rising to the throne, he defined a personal ruling philosophy premised on peace and reconciliation, based on truth and transparency as a foundation for sustainable development.

According to him, drawing from this philosophy,  “we have shaped a vision of re-inventing and re-positioning the Onicha Ado N’Idu kingdom”.

‘’We have applied modern…