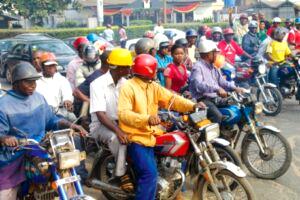 The Riders and Owners of Motorcycle Association of Nigeria (ROMAN) in the FCT, says plans are ongoing to issue digital identification to its members.

According to the association, this will go a long way to check criminality among them.

The National President of the Union, Alhaji Olusola Razaq, in a statement on Sunday in Abuja, said this during a sensitisation meeting organised for or members at Karu, in the Federal Capital Territory (FCT).

According to Razaq, the move by the union  is to avoid outright ban by the Federal and States governments owing to unregulated activities of commercial motorcyclists in the city centre.

He said his leadership had already engaged an ICT company that would carry out a digital image capturing of all members nationwide for proper Identification.

”The reason why we are here is to inaugurate the FCT executive ahead of the national reforms as ordered by the Federal Government.

”And like I said, we have gotten a company that…