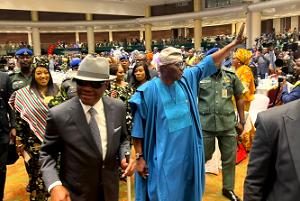 Wike, who visited Lagos as a special guest at an event organised by the wife of the state’s Governor, had described Sanwo-Olu as a performer who deserved a second term and whose re-election would be a walkover.

Expressing aversion to the PDP Rivers Governor’s action, however, the Lagos NMG Coordinator, said: “What Wike came to do in Lagos is clearly anti-party and a sacrilege. It amounts to an act of gross indiscipline from someone we have always regarded as a strong pillar in…