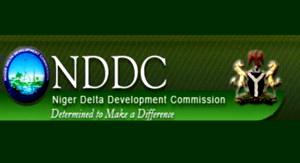 The 21st Century Youths of Niger Delta and Agitators with Conscience, 21st CYNDAC, and Network for Grassroots Development, NGD, have called on President Muhammadu Buhari to resend to the Senate the names of the Governing Board of the Niger Delta Development Commission, NDDC, screened and approved since November 2019.

Commenting on the new order in NDDC, 21st CYNDAC, in a statement by Izon Ebi, said: “President Buhari should match his words with action by resending the board already screened and confirmed by the National Assembly, made up of men of impeccable character, which he failed to inaugurate for three years with no justifiable reason.

“The sack of the erstwhile interim administrator, Mr. Effiong Akwa, was long overdue and is nothing to celebrate about. The fact is that a few months to the end of Buhari’s…