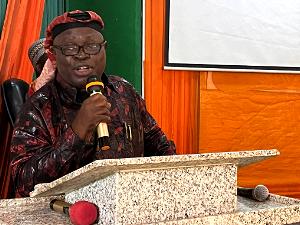 In a statement signed by its Director, Prof. Ishaq Akintola on Wednesday, MURIC expressed concern that Muslims were being barred from entering the Redemption Camp

According to MURIC, Muslims were barred from transacting business in their banks or checking their centres for the West African Senior School Certificate Examination (WASSCE), Unified Tertiary Matriculation Examination (UTME) among other examinations.

The MURIC Director stated that the organisation has been inundated with complaints from Nigerian Muslims, who were denied access to the camp.

Akintola insisted that MURIC has evidence to back up its allegations.

The statement read, “The Redeemed Christian Church of God (RCCG) yesterday denied the…