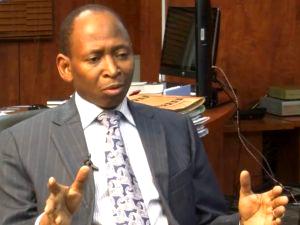 The Economic and Financial Crime Commission  (EFCC) on Wednesday rearraigned suspended  Accountant-General of the Federation, Ahmed Idris and three others over alleged N109.5 billion fraud in an FCT High Court,  Maitama.

They were first arraigned on July 22 before a vacation judge,  Justice  Adeyemi Ajayi on a 13-count charge bordering on misappropriation to the tune of N109.5 billion.

However, upon the resumption of the court, the case was transferred to Justice Yusuf Halilu.

They all pleaded not guilty to the charge preferred against them by EFCC.

Following their not-guilty plea, counsel for Idris, Chris Uche, SAN, prayed the court to allow the defendants to continue to enjoy the earlier bail granted them by the court on July 28

He submitted that they have been complying with their bail conditions.

Counsel for other defendants aligned themselves…