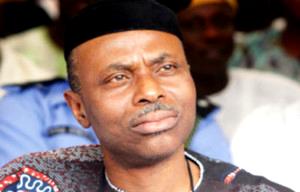 …Distances self from Ondo PDP campaign

FORMER governor of Ondo State, Dr Olusegun Mimiko, yesterday, vowed not to ditch Governor Nyesom Wike of Rivers State and other governors of the Peoples Democratic Party, PDP, or abandon the agitation for regional equity within the party.

Mimiko, in a statement by his Special Assistant on Media and Digital Communications, John Akinduro faulted the Presidential Campaign Council list which included his name as the leader of the campaign in Ondo State.

The statement noted that the inclusion of the former governor’s name was “a deliberate attempt to muddle things up and smear Dr Olusegun Mimiko.”

It reads: “Dr Olusegun Mimiko has been inundated with calls and messages from the general public, his political friends and concerned individuals around the nation; and in particular, his teeming supporters across the length and breadth of Ondo State.