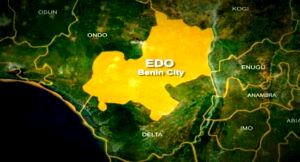 BENIN CITY – PRIVATE school owners in Edo state have asked for a review of new policies introduced by the Edo state government as they said some of them were not achievable while the deadline given them to meet others need to be extended.

The Commissioner for Education, Dr. Joan Oviawe recently had a dialogue with private school owners where the new regulations were released and discussed.

At an enlarged meeting of the members National Association of Proprietors of Private Schools (NAPPS) drawn from all the registered private schools from the 18 local government areas in the state, they frowned at the new calendar which states that Primary Six and JSS 3 government examinations should come up in March which he said would make the pupils and students redundant in April, May, June, July and August since their scheme of work is arranged on a term basis.

Speaking on the issues, chairman of NAPPS, Reuben Ikponmwen said “We are appealing that…