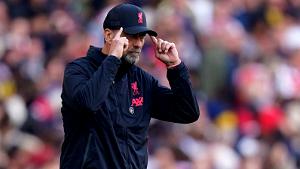 Liverpool manager Jürgen Klopp has rejected suggestions his current team has reached the end of its useful lifespan and insists judgment should be reserved until the end of the season.

Back-to-back defeats against the English Premier League’s bottom two clubs in Nottingham Forest and Leeds United have been damaging.

They have left his side closer to the relegation zone than the top four in terms of points.

The current starting line-up has one of the oldest average ages in the English Premier League (EPL).

The likes of Virgil van Dijk, Mohamed Salah, Roberto Firmino and Thiago Alcantara are all on the wrong side of 30.

But Klopp insists it is too early to write off his side.

“I think the judgement for this should come later on in the season, or maybe at the end,” he said…