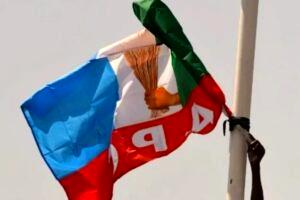 KANO – As fresh crisis hits the ruling party, All Progressive Congress, APC in Kano State, the House Leader and member representing Tudun Wada/Doguwa Federal Constituency, Alhassan Ado Doguwa has on Tuesday called on Governor Abdullahi Umar Ganduje to take control of the party affairs or the party risk losing the forthcoming general elections in the state.

Doguwa made the call while addressing newsmen to clear the air on reports making round of his alleged attack on the party’s governorship running mate, Murtala Sule Garo in the state.

The house leader called on the Governor to save the party from collapsing with the activities of some few people surrounding him.

According to him, “The danger we have is we have some people around him (Ganduje), if care is not taken, if Ganduje does not come back to take full charge of the party affairs, then the story of the APC in the forthcoming election can be very sad. We are facing an unprecedented opposition….