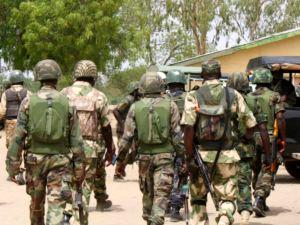 In a landmark appeal filed and argued by Chief Mike Ozekhome, SAN, the Court of Appeal, Abuja Division, in a unanimous judgement delivered on Monday, 31st October, 2022, discharged and acquitted Major Akeem Aderogba Oseni (N/12127) of the charge of manslaughter punishable under sections 105(A) of the Armed Forces Act, CAP A20, Laws of the Federation of Nigeria, 2004, in appeal NO:CA/ABJ/CR/764/2021, with charge no AHQGAR/GI/ 300/47.

The Court agreed with the argument of Ozekhome, that the Nigerian Army did not prove the offence of manslaughter against the Major.

The court wondered why Major Oseni would be convicted alone of the same charge having the same ingredients with the charge on which his co-accused had all been discharged and acquitted.

It would be recalled that On 23rd February, 2017, Maj Gen IM Obot (rtd), COS (Chief of Staff) AHQ Garrison had summoned Major Akeem Aderogba Oseni (N/12127) ( the Appellant), who was the Acting…