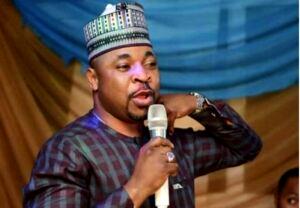 The Chairman of Lagos State Parks and Garages Management Alhaji Musiliu Akinsanya (Aka MC Oluomo), has called on the aggrieved commercial bus drivers to channel their grievances to the appropriate quarters.

Secretary of the Parks and Garages Management (Operations), Comrade Olayiwola Lemboye, who spoke on his behalf, said the agency has a conflict resolution mechanism to address the grievances of bus drivers.

He said that the state secretariat of the agency is always open to address issues among its members.

“As we speak, we have not received any communication from anyone on the issue of extortion or harassment. They ought to have reported the matter to their branch chairmen or bring it to the state secretariat if branch chairmen are not forthcoming,” he said.

He cautioned the group against politicising the operations of commercial transportation in the state.

“The purported strike action has a political undertone. If not, how come they are…