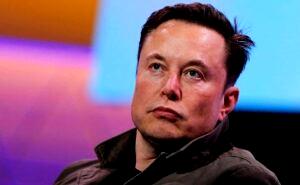 The new owner  and Chief Executive Officer of Twitter, Elon Musk has a shade at users frequently asking him whether former US President, Donald Trump, will make a return to Twitter.

Musk, in a tweet, via his verified Twitter handle on Monday said, “If I had a dollar for every time someone asks me if Trump is coming back on this platform, Twitter would be minting money.”

Recall that Musk took over Twitter three days ago and sacked most of its top executives.

Since Musk took over the bird app, many tweeps and the media have anticipated and projected the return of the former US President to the platform.

Trump, whose account was permanently suspended from the platform in January 2021, was accused of inciting violence through his tweets following the Capitol Hill riots and was termed a “risk.”

Twitter Incorporated  had written back then in a statement, “After close review of recent tweets from the…